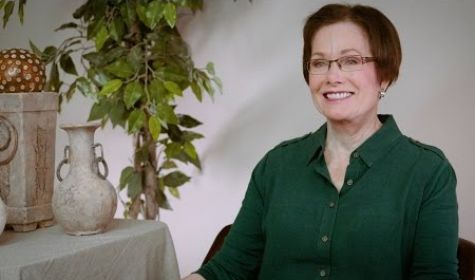 My husband and I moved here in 2004 when he retired, and my biggest fear or concern was finding a dentist. Several years ago, I had my front 18 teeth, top and bottom, crowned. I lived in fear that a crown would come off and a dentist wouldn’t be able to match it or make it look natural or like it belonged there, and that would be with me for the rest of my life. That was a big fear I had.
When I got here in 2004, I called a lab. I think I called a couple of labs, and I figured they would probably tell me who they felt was good at this situation and this problem that I was dealing with. They said Dr. Jon Hastings would be the one they would choose over the two if they had the choice. That’s how I came to him in the first place. He’s wonderful, but the thing is, I think it boils down to trust. With Jon, I feel like I can trust him. He’s not going to do anything to me that he wouldn’t do to his own wife. He will tell me what my options are and let me choose, but if I say, “What would you do?” he will tell me.
He’s honest, and he’s warm and he’s friendly. I really appreciate that, because I don’t think to him I’m just a patient. He treats me as a real person, and that’s a big deal. So I trust. I think trust is the biggest thing and the reason I keep coming back. He’s not the closest dentist to my house. There are much closer dentists, and I’m sure cosmetic dentists, but I don’t trust anybody but Jon. I just want to keep coming to him.