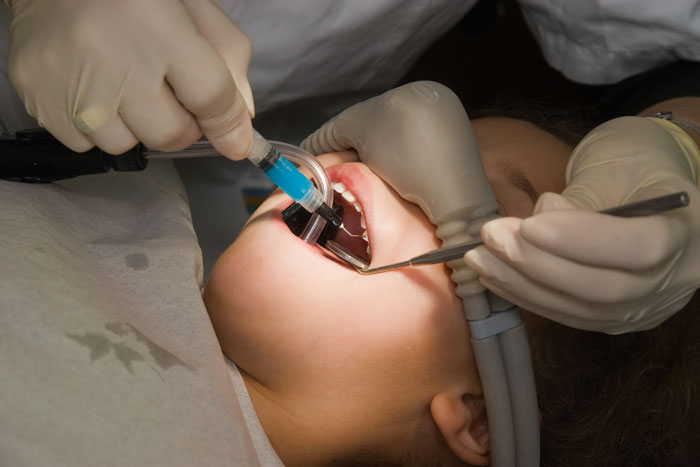 There are many reasons why a dental procedure may be necessary. From aesthetic changes to much-needed removals, dental procedures are a necessary part of keeping your mouth healthy and happy.

However, there are some procedures that may require a bit more help than others. Whether it’s due to an anxious patient, or the procedure requires the usage of a surgery, sedation may be necessary in one or more forms. Just the thought of sedation, however, can send some potential patients into preconceived notions. Because of this, it is important to understand what sedation is, as well as the different types of sedation methods that are used in dental procedures. Dr. Stahle from Alexandra Stahle DDS: Smiles of Beverly Hills adds, "Quality dental care should not hurt, which is why we provide treatment that our patients can trust."

When a patient hears of sedation, they automatically think of the massive white room with IV drips and monitors all around while they slowly sink into an unconscious state. Although this is one style of sedation, it is not the only method of sedating a patient for various reasons.

Sedation, by definition, is the “administering of a sedative drug to help produce a state of calm or sleep.” This means that sedation can be done through many different means, as long as it helps to calm the patient down in some form of way. As such, there are multiple forms of sedation, ranging from minimal sedation resulting in a conscious state to deep sedation, resulting in an unconscious state where the patient is put into a deep sleep.

Mild sedation procedures are performed with the patient still conscious and aware of their surroundings. However, the patient is administered a sedative prior to the procedure, putting them into a state of relaxation. This is mostly done with patients that may have mild anxiety or fear towards dental or medical procedures.

The most common form of sedative used for mild dental sedation is what is known as Nitrous Oxide, or Laughing Gas. Laughing Gas is generally administered via orally through a mask or cover over the nose. The most popular mask to use is what is known as a pig nose, which goes snugly over the nose of the patient. This is especially effective with children, as it helps to calm them down in numerous ways. Some patients can also be given Anxiolysis, which is administered orally as well.

For those patients that are unable to be calmed down through mild sedation techniques, a more moderate form of sedation may be required. These patients may have moderate to severe anxiety over dental procedures, or medical procedures in general. There may also be medical complications un-related to the procedure in question that may inhibit the usage of Nitrous Oxide or Anxiolysis.

In such cases, many practices will move to a moderate sedation procedure which involves the usage of a light IV solution. The IV Solution is usually administered intravenously, as it helps to access the bloodstream faster. Through these methods, the patient is still conscious and still active, but the patient is put into a much deeper state of relaxation, allowing the body to release much of the tension and stress.

During these types of sedation procedures, it is highly recommended that the patient bring along a close friend, relative, or spouse that will accompany them throughout the entirety of the procedure. This is due to how long it takes for the IV Solution to wear off, which can be quite a few hours after the procedure is completed. For this reason, the patient will usually be deemed unfit to be driving, as it would be a safety hazard on the road.

Which Type of Sedation is the right one?

When discussing the possibility of sedation, it is important to mention to your dentist if you have any anxiety or fears over being put under, as well as going through any sort of medical procedure. Depending on these fears and anxieties components, the dentist may decide to do a deep sedation just for the safety of the procedure, or he may deem it okay to go through with just a mild or light sedation instead. As such, it is important to be completely open and honest with your dentist about all aspects of the procedure in question.

DentalROI provides relevant dental content to help providers educate patients. The statements, services, and products referenced in this article have not been evaluated by the Food and Drug Administration, and they are not intended as a substitute for professional medical advice, diagnosis, or treatment. Always seek the advice of your dental provider with any questions or issues you may have. Specific recommendations may vary in different circumstances, so individual consultation is important.