Don’t Be Tricked By These 4 Dental Myths! 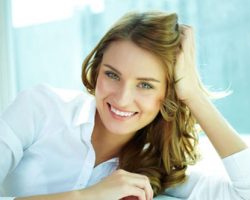 There’s a game that’s often used to demonstrate how the truth can easily become distorted as it’s passed from person to person. It’s a pretty popular game, and maybe it’s one you’ve played before. Sometimes it’s called The Telephone Game. Other people refer to it as The Rumor Game.

It may be called something different, but the rules are always the same. Everyone forms a circle, and a facilitator will secretly give one person in the circle a message. It can be whispered in their ear or handed to them on a small piece of paper.

The idea is for that person to turn to the person on their right and whisper the same message verbatim in their ear. The pattern repeats until the message has been delivered to every person in the circle.

Once the message has made its way around the circle, the final person to receive it will repeat aloud what they were just told. What inevitably happens is that the message has become wildly distorted from what the facilitator actually said at the very beginning.

It’s a fun game, but it’s also a reflection of a pretty disturbing reality. The truth can often become twisted and cloudy the more people add their own spin to it. Eventually, truth distorts into myth.

People often believe what they hear, even if it’s not true. This can have all kinds of negative consequences, but none as serious as the myths we believe about our health.

That’s why Dr. Hastings and our team at Times Square Dental is devoting today’s blog to four dental myths so you won’t be tricked the next time you hear them!

Don’t Be Tricked By The Dental Myth About…….

…how you’ll know if you have a cavity because it will hurt.

The truth is that most people have no idea they have a cavity until a dental exam confirms it. It’s not usually something you can see or feel most of the time. Cavities don’t always come with pain, either. So if you don’t schedule regular dental checkups because you don’t have a toothache, you could be putting your oral health at risk for bigger problems than just a cavity!

…how foods that contain natural sugars aren’t bad for your teeth.

Yes, foods that contain natural sugar like fruits and vegetables are a far better choice than highly processed foods that are loaded with refined sugars. But even so, sugar can cause tooth decay no matter where it’s coming from.

That’s because sugar is bacteria’s favorite food source, and it’s not at all picky about where that sugar came from. It feeds on it anyway, and that leads to harmful acids in your mouth that put your teeth and gums under attack.

….how red, swollen, or bleeding gums are just a part of life.

Any time you see red, swollen, or bleeding gums, take it as a sign that something is definitely wrong! This isn’t just a normal part of life that everyone deals with. Actually, swollen or bleeding gums are both signs of gum disease, and you need to make an appointment with your dentist to get it checked out.

If Dr. Hastings and our highly-trained hygienist find that you have gum disease, we can administer gum disease treatment that will get your oral health back on track!

Teeth whitening is an easy, cost effective way to radically improve your smile. But is it safe? Well, it is when you let a dental professional whiten your teeth!

The problem with store bought treatments is that they will often come with trays that are meant to fit your mouth well enough to allow the whitening gel to cover your teeth. But those trays are one-size-fits-all, which means the chemicals can ooze out of the trays and onto your soft, vulnerable gum tissue. Also, if applied incorrectly or too often, store brands can actually eat away at your enamel and cause tooth sensitivity.

When it comes to teeth whitening, we recommend coming to us for safe treatment and dramatic results!

Now that we’ve debunked these dental myths, you can rest easy knowing that the only tricks being played on you will be by the cute little monsters and superheroes running around the neighborhood demanding candy from innocent homeowners on Halloween!

As always, you can count on Times Square Dental to help keep your mouth clean and healthy! Call us today at 208-278-1069 fill out our convenient online form to schedule an appointment.

DentalROI provides relevant dental content to help providers educate patients. The statements, services, and products referenced in this article have not been evaluated by the Food and Drug Administration, and they are not intended as a substitute for professional medical advice, diagnosis, or treatment. Always seek the advice of your dental provider with any questions or issues you may have. Specific recommendations may vary in different circumstances, so individual consultation is important.